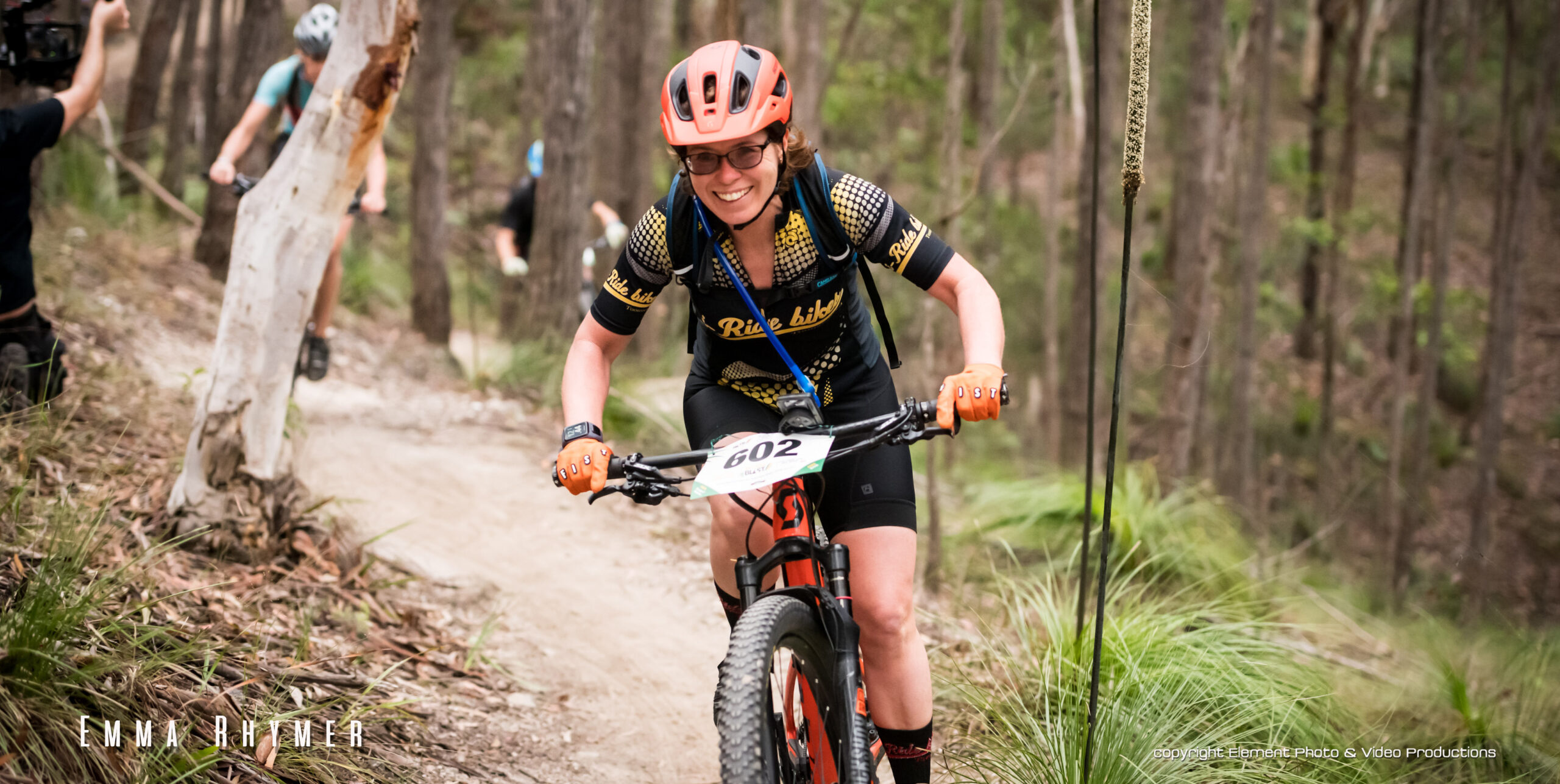 The Hidden Vale Epic is recognised as one of the more grueling mountain bike marathons, with testing trails, plenty of climbing and the habit of it falling on the first hot day of “summer” each year. Yet it is also one of my favourite races, for with testing trails come personal triumphs, the tough climbs are followed by brilliant descents and with the heat comes, well, more heat.

True to form, a beautiful sunrise and cloudless skies greeted us on Sunday morning. As we attached our race plates and enjoyed some pre-race banter, the mist in the valley burned off and the temperature climbed. I drank, applied sunscreen and thought no more about it as my pre-race nerves took hold. I was determined to test my limits and to try and better last year’s time of 7 hours – but I also knew that this would not be easy. 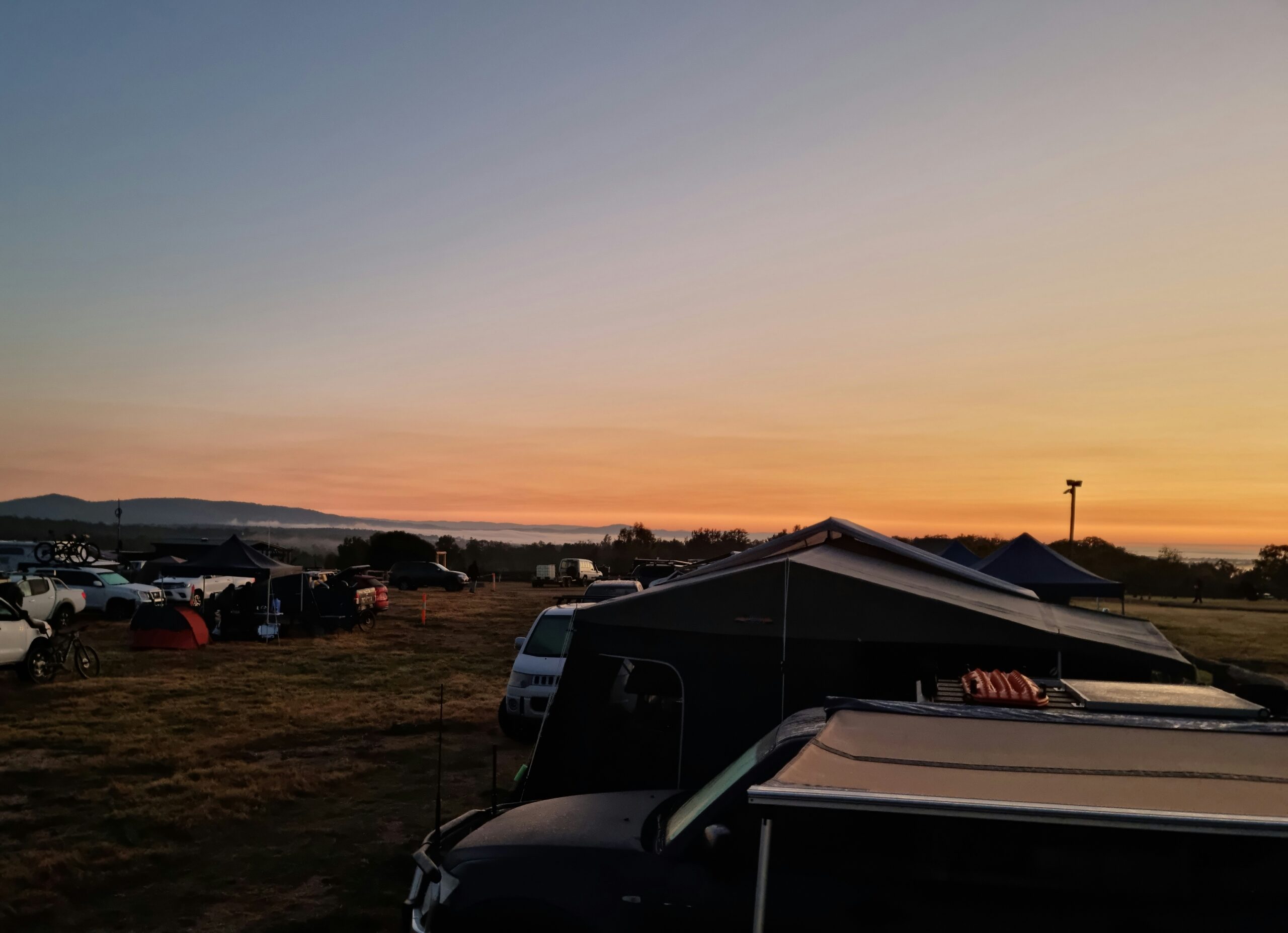 Making my way to the start line, a couple of lovely conversations calmed my nerves and I settled in to ride my own race and push my own limits. The temperature continued to rise, but I was caught up in the excitement of racing and barely noticed. The first 40 kilometers of the race were fantastic fun: there is simply no other way to describe this part of the race. The work I’ve been putting into both skills and fitness was evident (to me at least) and I pushed harder and rode faster than I have in other years. I felt good, and this feeling was compounded when I cleanly rode techy features where I’ve previously needed to put a foot down. I smiled a lot in those first 40km!

At about 41km, however, it all went pear-shaped. As I climbed so did the temperature and I felt increasingly faint and nauseous. Despite my legs wanting to keep pushing, my speed dropped dramatically and I quickly realised that it wasn’t going to be my day. I spent the next 10km battling mentally; fluctuating between wanting to push through and knowing that pushing would put me in a very deep hole. I made the difficult decision to pull out, made my peace with this decision and then waited for Dylan Rhymer to catch me.

Dylan had started in a later wave, intending to ride conservatively in an attempt to conquer the leg cramps which regularly haunt him at Hidden Vale. The Epic is notorious for cramping issues and I lost count of the number of people I saw doubled over in agony while I waited for him. I was worried about how Dylan would be faring in the heat and wanted to at least offer moral support for the final climb home.

I need not have worried, however, as his strategy of careful pacing, stretching, good hydration and several Crampfix Shots had worked. Other than being disappointed for me, he was in high spirits. We rode the final 5km together, sharing stories from our respective rides and discussing our preferred post-ride recovery meals. Seeing him finish strong ALMOST made up for my own disappointment (almost), and crossing the line together was a nice finish to the day.

A post-race burger, a hug from Dylan and a quick debrief with coach Anna Beck kept my spirits up while we cheered on the fast 100km finishers. Having Michelle Woods and Rebecca Stone (first and second respectively in my category) check on me after hearing about my DNF kept my spirits up for the journey home. But I admit I struggled as I lay in bed that night, mulling over my race and my decision to withdraw, until sleep eventually won.

I don’t like to think of myself as a quitter, and have only ever pulled out of one other race – a torn rotator cuff and fractured shoulder blade will do that – and even then I’d still gotten back on my bike and tried to finish one final lap before admitting defeat. This race was different as it was a conscious decision and while I know it was the right one at the time, neither the decision to quit nor a DNF next to my name are sitting comfortably with me. But I also recognise that from discomfort comes growth, and sometimes the biggest lessons are learned when things don’t go as expected.

As I regroup and begin to plan ahead for Epic 2022, however, I’ve made sure that I’ve also taken time to pause and reflect. From my first 22km All Clear Chaser 5 years ago, to the 55km Merida Pursuit each year for the next 3 years, to the 100km Epic last year, I can see so many improvements in fitness, skills, confidence and general race craft. I recognise that even though Sunday wasn’t my day I CAN do this. I have a great support team around me, have taken on board a lot of post-race advice and have the motivation and determination to keep improving. I love riding and I love racing – and even a bad of racing was still a great day out riding!

Thank you to those that support and help me on my mountain biking journey – through the good, the bad and the ugly – in particular iRide Bikes in Toowoomba, Grit Coaching, Ride Technics, Dietitian Approved and, especially, Dylan Rhymer. The support always means a lot, it has even more after this race.